Marketing Matchmaking in the Future

Shanny in the City is a boutique matchmaking service for single professionals living in the downtown core and GTA. Today my business thrives because I handle each consultation personally, and I strive to find people’s best match intuitively. But I do sometimes wonder about the future of matchmaking, and whether or not I should make a mobile app? or fashion an even more responsive website? or maybe add a Virtual Reality interface so people can plug in their headsets and meet each other remotely through my website? These are just a few of the innovations that are set to change the world of online dating. 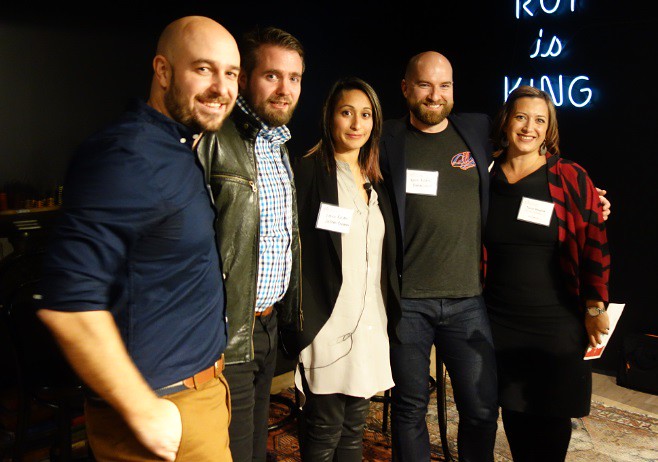 What’s even more interesting to me is how Matchmakers can use technology to grow their databases and attract new clients and also help the clients they have more effectively as there are more people in the system, creating more matches.

When Tania Stadnik at Hop Skip B2B marketing who is also the current AMA Toronto President invited Deb Lewis and I to attend the Connect, Learn, Grow series’ November 15th 2016 panel discussion entitled The Future Today: How Marketers Can Leverage Emerging Technologies we both eagerly agreed and you can read Deb’s post about the future of marketing on her blog. 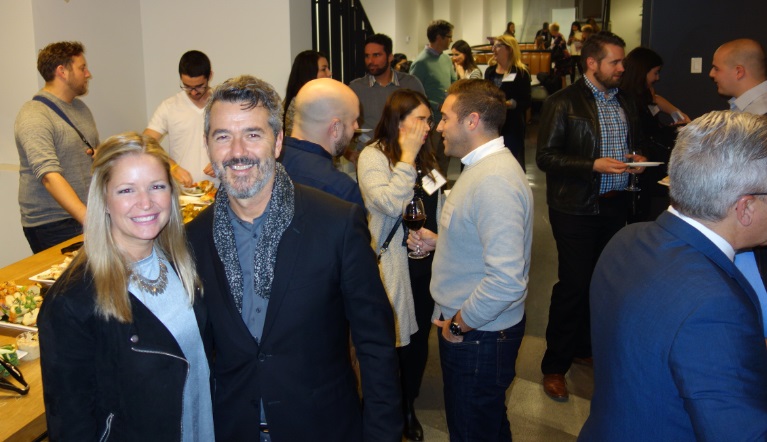 Shanny in the City with Joe Jackman of Jackman Reinvents

A Forty Minute Look at the Future of Marketing

Behind that mysterious pink door on Adelaide, down a short set of steps and into lobby meeting space of Jackman Reinvents at 345 Adelaide St W, Deb Lewis and I met app developers, programmers, the associate dean of Humber College and marketing execs from some of the biggest ad agencies in the city. The big table where I bet most of the staff of this digital agency eat lunch was instead set with catering by Terrys

There were a pile of bloggers there too. Here’s Raymi Toronto with Karen Nussbaum from Storia PR, and also Wedding Girl was there and Charles Moffit and 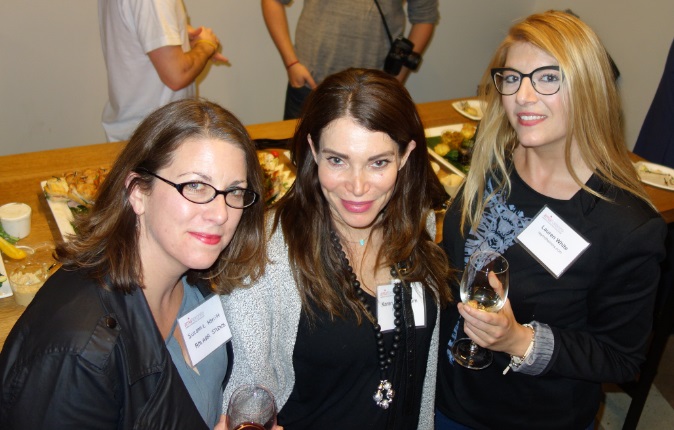 Rob Campbell was running around taking pictures for an article he wrote in the Toronto Guardian: Technologists Predict Future of Marketing which was kind of misleading actually as that’s not really what the talk was about…

The talk was more about how to adopt new technology into an existing business without blowing the budget or turning off consumers who were already happy with the way things were before you starting innovating.  I mentioned the word ‘Bumble’ and the panel laughed – they knew I was a Matchmaker.  Technology dominates my business niche and people get sick of things faster than they adopt new fads. I have seen this happen with plenty of online dating sites – they get upgraded and try to charge money and ultimately fail because nobody cares and there a free sites ahoy. 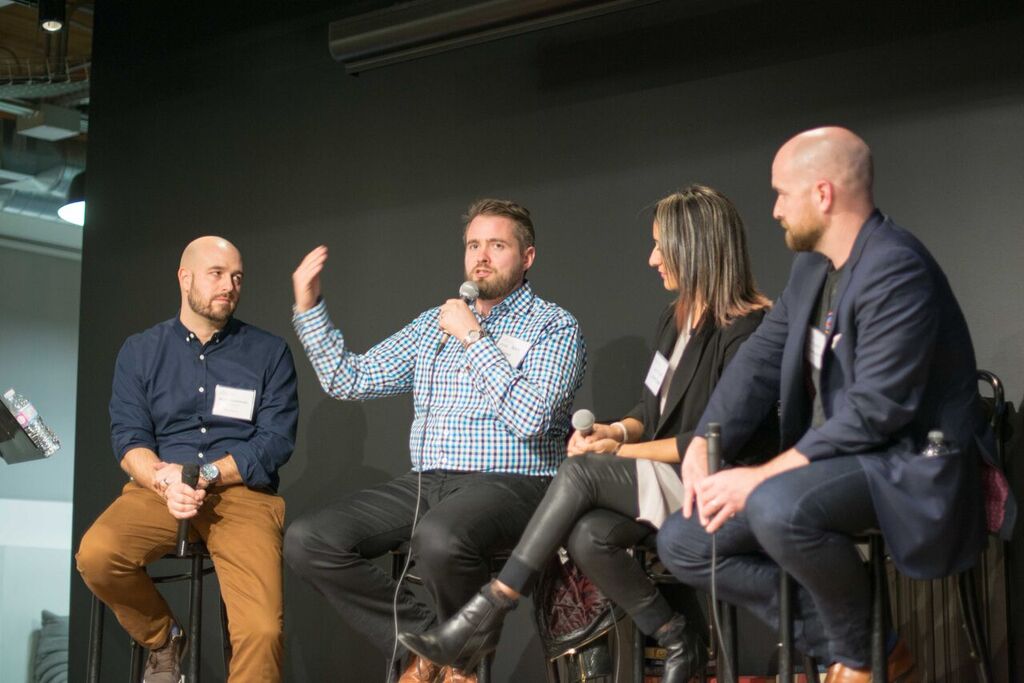 Adam Green from Google describes the demise of Google Wave

When Adam Green was talking about Google Wave I had another chuckle remembering that service. He described how when the accountants at Google decided to stop the service, which was underutilized and bleeding money,  he was flooded with phone calls and emails from the few passionate users that had adopted the program and organized key business practices around the tool.  Google Wave was great for collaborations and project management etc. I remember Google Wave, and I even remember when the guy who first showed it to me – no names (you know who you are), boasted that ‘this is going to change the way people use email’, and it didn’t. Sorry bud. 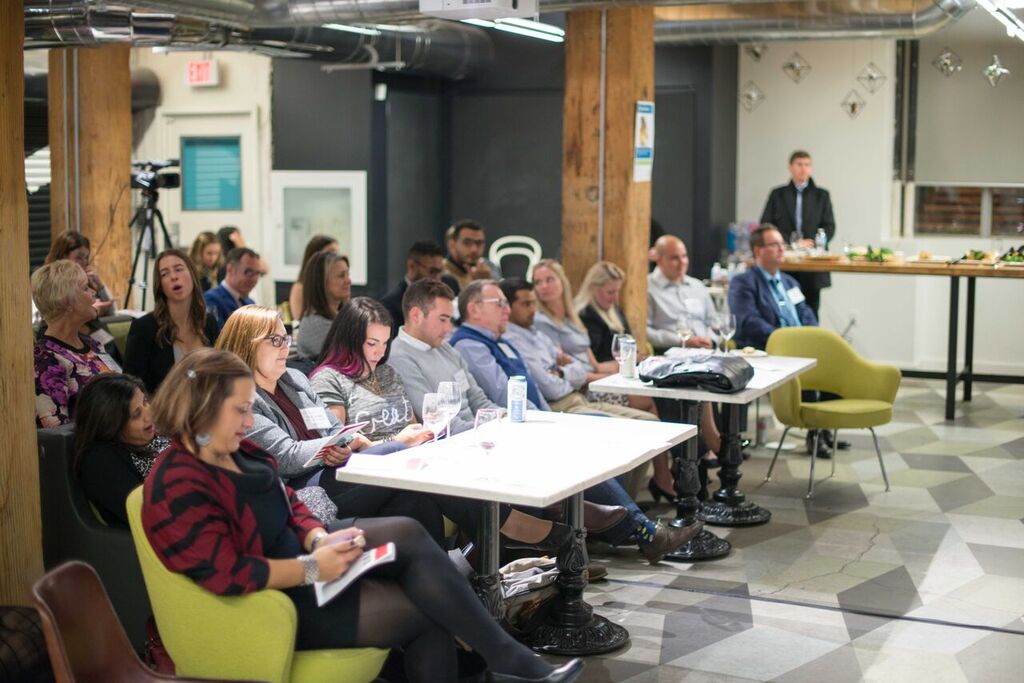 That same guy also predicted that mobile apps were going to change my life and I guess he was right about that.  Still, on the subject of adoption Zahra Rajani from Jackman Reinvents reminded us that most people only use five or six mobile apps on their phone. Its hard to get them to change apps for any reason, and apparently the average user try-out test, someone just using an app for the first time, is less than a minute… So I was pretty discouraged by this, and I don’t think Shanny in the City is going to be releasing a mobile dating app anytime soon.

The moderator, Mark Vechiarriari summarized a lot of the information at the end and I wrote down that the best way to approach new technology is to use it in some way to turn a problem into an advantage. The best applications are when smart business women leverage new technology to make better experiences at events and on their websites and add value to their services.